"My husband Avner started to feel unwell from the day we moved into our new home. Over the next couple of months he experienced pain, back ache, and was diagnosed with pneumonia. He had to take time off work, which was something he very rarely did." 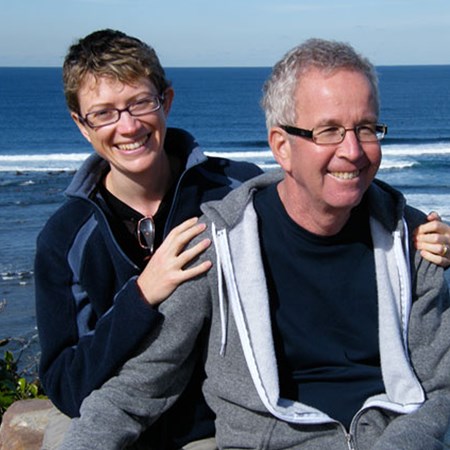 My husband Avner started to feel unwell from the day we moved into our new home. Over the next couple of months he experienced pain, back ache, and was diagnosed with pneumonia. He had to take time off work, which was something he very rarely did. His GP initially sent him to a chiropractor, suspecting he had hurt himself during the move. When it became clear that this wasn’t the cause, he sent him for a series of tests. It was a frustrating time as there was clearly something wrong, but the tests weren’t showing it. One last test was ordered by a specialist he was sent to, and I can clearly recall Avner telling me the specialist’s response to Avner’s question on what would happen if this test came back clear, it was: “we wait, we wait until it gets better or we wait until it gets worse”. It showed the challenges of modern science.

The test came back and gave us our first indication of what was to come. Avner was sent for a biopsy on his liver, the first one was unsuccessful so a second one was required. On the 28th of September 2007 on the drive home from the hospital, Avner got a call to tell him he had incurable/inoperable pancreatic cancer.

We were in shock as we tried to come to terms with this diagnosis. We hardly knew what the pancreas did, let alone that the pancreas is the organ of the most lethal cancer (relative to how many people are affected by it). How could it be? We believed that Avner led a healthy life – was active, and had a balance diet with lots of fruit and vegetables. He drank, but never to excess and didn’t smoke.

It took a couple of weeks to get into see an oncologist, but the care shown and the competence the oncologist had, made the wait worthwhile. Avner began chemotherapy (gemcitabine) and almost instantly this helped and the pain eased. We took back control of our lives and enjoyed time with friends and family, going for walks, swimming and Avner got to pursue his passion for photography. It was in a way, the most magical time – getting to spend so much time together, enjoying the simple joys in life and really getting to see the incredible kindness and goodness in so many people.

Sadly the chemo became resistant to the cancer and so the treatment was changed to a second type of chemo. This wasn’t as easy to tolerate and was more of an intrusion on Avner – being hooked up to a pump for several days at a time. It did however, continue to help with the pain.

After a short few months, Avner again began to experience pain and had severe problems with constipation. It is a common and debilitating challenge of pancreatic cancer. This second round had also become resistant to the cancer. He had to go into hospital where they did everything possible to try and control the intense pain and get the constipation fixed. Nothing worked. Avner’s oncologist suggested that a third round of chemo might help. He explained that most oncologists only gave one round of chemo for pancreatic cancer, few gave two rounds and it was a very rare occurrence for a third round to be given. Chemo had helped Avner’s pain when nothing else seemed to, so we agreed to give it a go. It worked, the pain eased and the constipation was fixed.

Just like the other two types of chemo, this one also became resistant. There were no other options, but to try and manage the pain as best as possible.

In spite of his weakened state, Avner was keen to do something to help right the wrong that had been the history of pancreatic cancer over the preceding decades - with barely any improvement in survival rates over the last 50 years. With friends and many great supporters, we set up the Avner Nahmani Pancreatic Cancer Research Fund (which became the Avner Nahmani Pancreatic Cancer Foundation in July 2010). Avner died on 30th October 2008, he didn’t get to see how this has grown, but would have been amazed and humbled by it all. I miss Avner so much, he was the love of my life, but I am so happy to be doing something to try and make a difference. 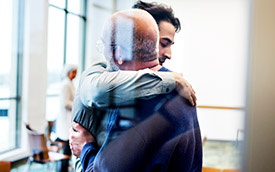