Lighting the way in toughest of fights 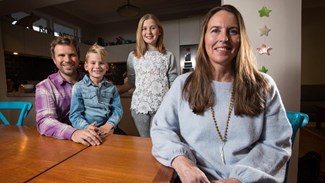 The northern beaches is leading the nation in the fight against some of the most deadliest cancers.

Pancreatic Cancer, the 10th most common cancer in adults, is often too advanced to treat by the time it is diagnosed.

In Australia only 7.7 per cent of those diagnosed live longer than five years, with most dying within months, sometimes weeks.

However, the latest figures provide a glimmer of hope to those who live on the northern beaches, with Royal North Shore Hospital out performing national and state averages.

Of its Pancreatic Cancer patients, 13 percent are still alive after five years, compared with 10 percent across NSW and just three percent in the UK.

And, if operable, the results are even better, with 34 percent of patients surviving more than five years, with a negligible chance of recurrence.

According to RNS medical oncologist Nick Pavlakis the results are due to a co-ordinated team effort, where patients are quickly and aggressively treated, and where doctors are willing to try the latest cutting-edge treatments.

“We are committed and willing to explore all treatments that are available for the right patient at the right time,” he said. “Even for patients we can’t save we can improve their quality and length of life. It’s small steps, but there’s hope.”

At the same time, Pancreatic Cancer research has been reinvigorated thanks to Manly’s Caroline Kelly. The widow set up the Avner Pancreatic Cancer Foundation, with her late husband Avner Nahmani after he was diagnosed with the disease.

They soon discovered there was no national charity devoted to funding research for this cancer and therefore there had been no progress in patient outcomes for more than four decades.

With the foundation’s vision to “to break through 40 years of no progress by doubling the number of people who survive pancreatic cancer by 2020”, Ms Kelly has helped raise nearly $8m for research projects.

Ms Kelly, 45, who only found love with Avner, 56, late in life and then lost him to pancreatic cancer suddenly, gave up her job after his death to dedicate her life to finding a cure for Pancreatic Cancer.

“I’ve met many people who have been affected by Pancreatic Cancer and who have lost loved ones to the disease,” Ms Kelly said.

“I want to desperately see outcomes change. We are the only charity dedicated to Pancreatic Cancer. There’s nobody else doing anything in any meaningful way.”

The Balgowlah mum-of-two was diagnosed aged 45 in 2013, after suffering indigestion and pain under her ribs for up to a year, which she put down to stress.

Knowing nothing about Pancreatic Cancer, she naively assumed there was a good chance she would survive with treatment.

It was her husband Marc, 42, who Googled it and discovered how dreadful survival rates were.

“I have had an amazing life, but when I thought of my kids who were three and six at the time I knew I could not bear to break their hearts by leaving them,” she said.

She decided to fight it with everything she had and did all doctors asked of her, including surgery, 12 months of brutal chemotherapy and six weeks of daily radiation.

She also praised Jenny Arena, her cancer care coordinator, who would phone her at the beginning of every week to tell her what treatment she was having on which day and where.

“It was like having a PA, which was incredible,” Mrs Washbourne said.

Prof Stephen Clarke, who heads NSLHD’s cancer services, said the data showed that their results were superior to those in the UK, US and other centres in NSW. However, there is still much room for improvement.

One way is to try and increase the number of operable patients by giving chemotherapy or chemotherapy plus radiation therapy prior to surgery.

More recently, a new clinic which focuses on patients’ post-surgery gives them access to ongoing care to avoid common complications such as osteoporosis, diabetes and malnutrition.

“This new clinic addresses the post-operative nutritional problems which we know affects survival — that is, we are now also trying to minimise the impact of taking out the pancreas,” Dr Mittal said.

Another patient to benefit from the North Shore approach, and the new clinic, is Allambie Heights man Des Cottle. While Mr Cottle, 70, didn’t have Pancreas Cancer, he was diagnosed with Duodenal Cancer in May 2015 after seeing his GP for what he thought was a stomach bug.

His treatment involved having part of his pancreas removed which left him facing similar lifestyle issues to pancreatic patients who have had surgery.

Mr Cottle, who is now cancer-free, said the new clinic had made him “heaps more confident” about continuing to successfully manage the effects of his surgery.

While, the future looks brighter for pancreatic patients, Mrs Washbourne’s fruitless search for other survivors tells its own story.

“After my treatment I was desperate to talk and connect with another survivor,” she said. “I wanted to talk to someone who understood. But so far I’ve not found anyone. Sadly, I’ve stopped looking now.” 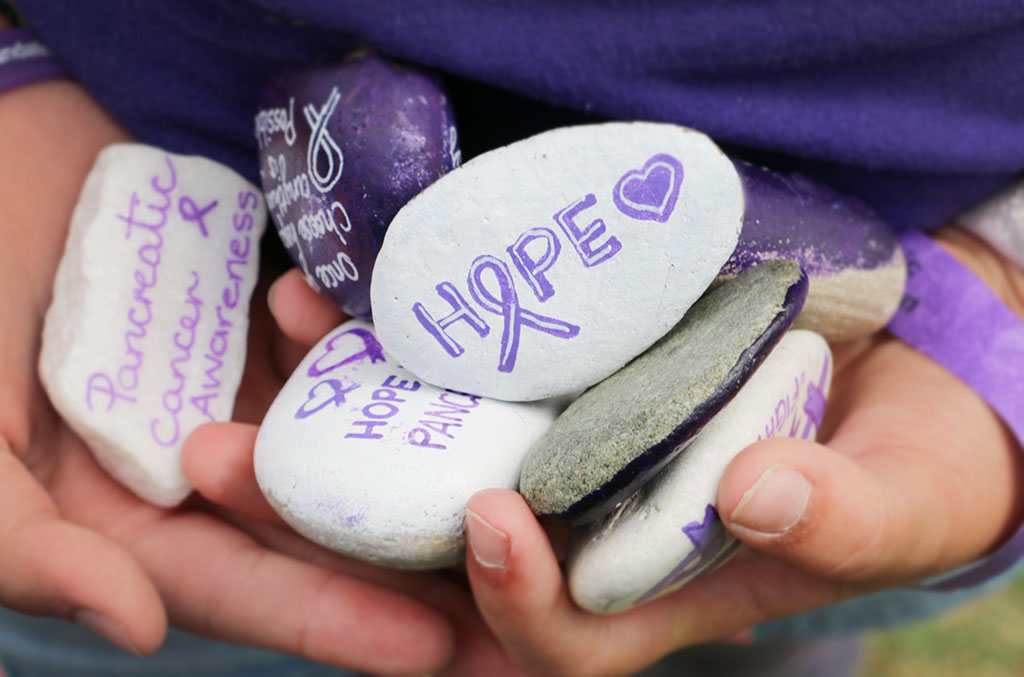 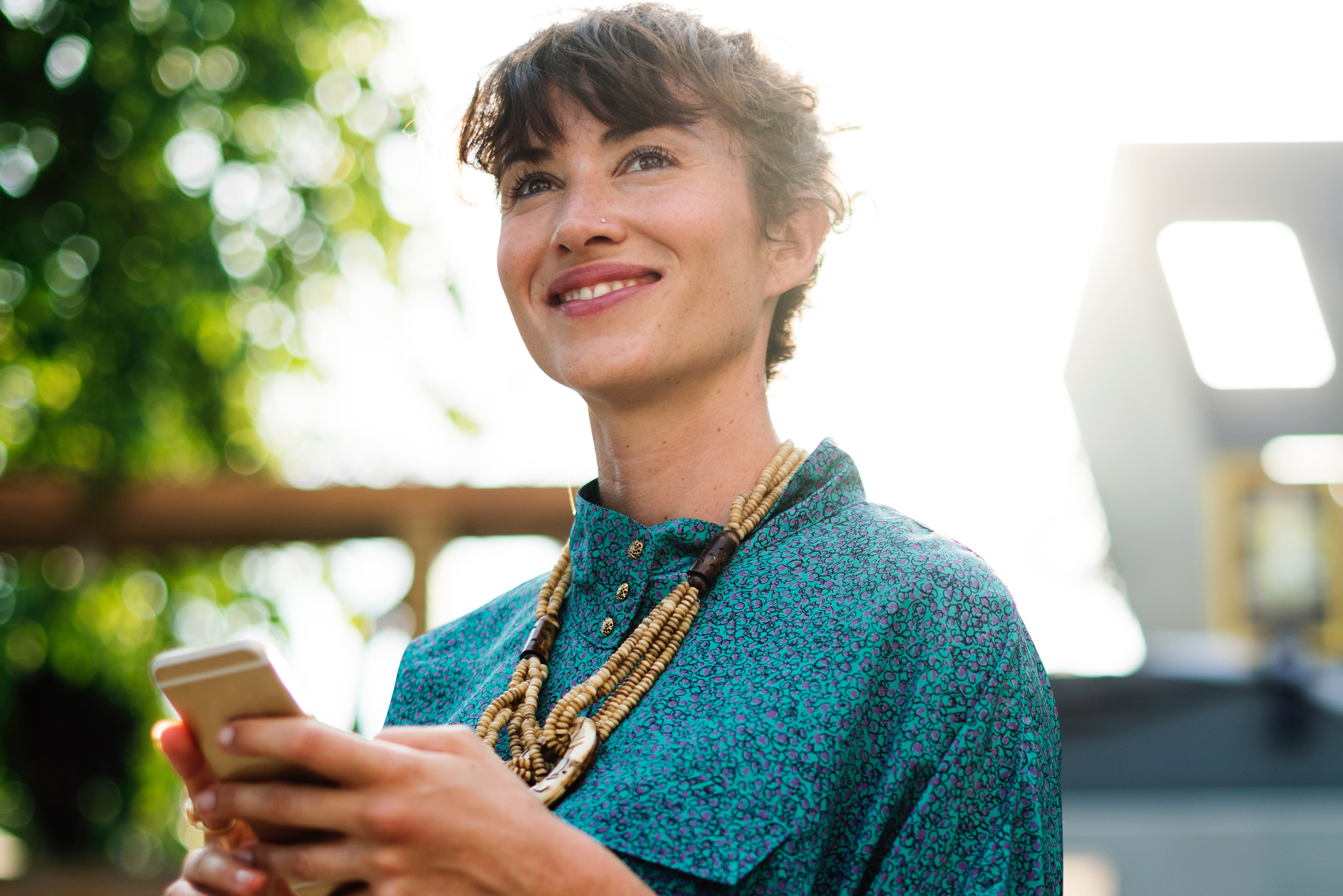