Co-Founder and Executive Director, Caroline Kelly recaps the work the Foundation has done over the past few months. 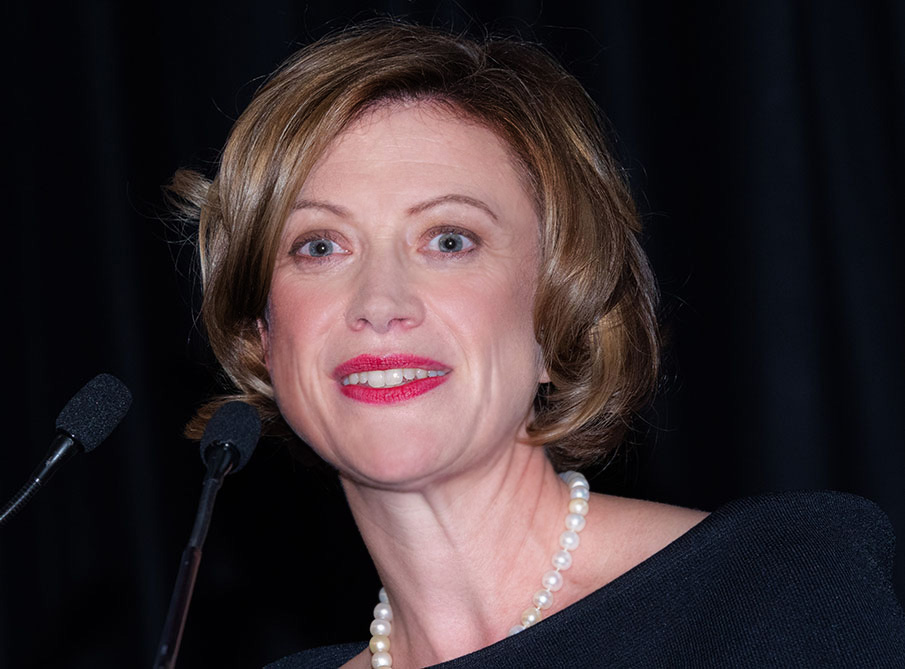 At this time of year, I like to take a few moments and stop and reflect back on what we have achieved, what we are working on, and the lows and highs of the year.

Early in 2019, we launched the “Cancer of Our Generation” report highlighting the unacceptably low survival rates for pancreatic cancer, our work to change them and the action and investment needed to take this disease out of the too-hard basket. The report garnered widespread media attention and reached a wide audience across the country, helping us in one of our goals - to significantly increase awareness.

Our ‘Put Your Foot Down’ walks across the country have seen more people participating and more funds raised which lifts the hearts of all of us affected by this disease. It shows more people care about the disease and want to make a difference, and helps us to increase the investment in the cause.

In the middle of the year, many playing fields and pitches across the country saw young and not so young donning purple Avner socks and showing their support for a disease that sees only one in ten surviving to 5-years. It is wonderful to see how the Purple Socks campaign has grown in the few years since launching.

Our major supporter, Woolworths, raised $350,000 for us through a gruelling bike ride and walk fundraiser – Woolies Wheels and Walks. For close to three decades, Avner worked at Woolworths - they were like a family to us and many others. In fact, Avner’s Foundation, or Fund as it was known then, was launched in October 2008 at Woolworths Head Office and in the years since their support has been unwavering, and has contributed millions of dollars to us help in the fight against pancreatic cancer.

The Wish You Were Here team took on an even bigger challenge than Kokoda and climbed to the base camp of Mount Everest. Then on the eve of World Pancreatic Cancer Day, they hosted a gala dinner which saw a record number of people support a pancreatic cancer event.  The team of mates led by Con Kanellis and Scott Hunt raised more than $300,000 for the Avner Foundation through the dinner and trek.

We were delighted to have a record number of applications for our 2019 Innovation Grant round with a 70% increase over the previous record! The chairman of our Scientific Advisory Panel, Professor Ross McKinnon noted that not only was it a record year for applicants, but the quality of the grants received “was clearly the highest yet with remarkable breadth. Most notable was the move of many high-quality cancer groups into the highly challenging pancreatic cancer field”. Research is the only way statistics can change so it brings such hope to know there is more interest across the scientific community in researching the disease and that since launching we have invested more $7.6m in research to change the outcomes.

In addition to the grant funding, we are continuing to work in the background on the establishment of a Patient Hub and are developing collateral and other resources to help patients going through the disease currently.

Another focus for the Foundation has been on the development of a Network of Excellence for treatment of the disease to ensure patients have access to the best care across the country. It may surprise you to know that research has shown that there is a two-fold difference in survival rates between high-volume and low-volume centres for the disease with 6 surgeries a year being the cut-off point. One of our grants awarded to Professor John Zalcberg at Monash University will compare Australian and European healthcare practices to see if there are learnings that can be applied here for the benefit of patients. The team will investigate whether treatment options for Australian patients with potentially operable pancreatic tumours are different from those available to similar groups of patients in Europe.

While there have been many highs, the pancreatic cancer community across the country have been hit by crushing lows too, with another 3,599 new cases and 3,051 deaths estimated this year. We know that behind those numbers are people, like many that I meet at our walks and other events, who are loved and cared for and deserve better than these statistics show. We will continue to dedicate all our efforts to improving those outcomes in 2020 and beyond.

I would like to sign off by saying a sincere, heartfelt thanks to all our community and corporate supporters, fundraisers, volunteers, ambassadors, governors, team, researchers, board of directors and Scientific Advisory Panel. The achievements of the Foundation have only been possible with the incredible family of supporters in place.

We look forward to working with you all in 2020 to help achieve our vision.
Caroline.