2017 Avner Foundation grant recipient A/Prof Paul Timpson has led an international team of researchers to understand why some pancreatic cancers spread, with the results published the prestigious in Nature Communications. 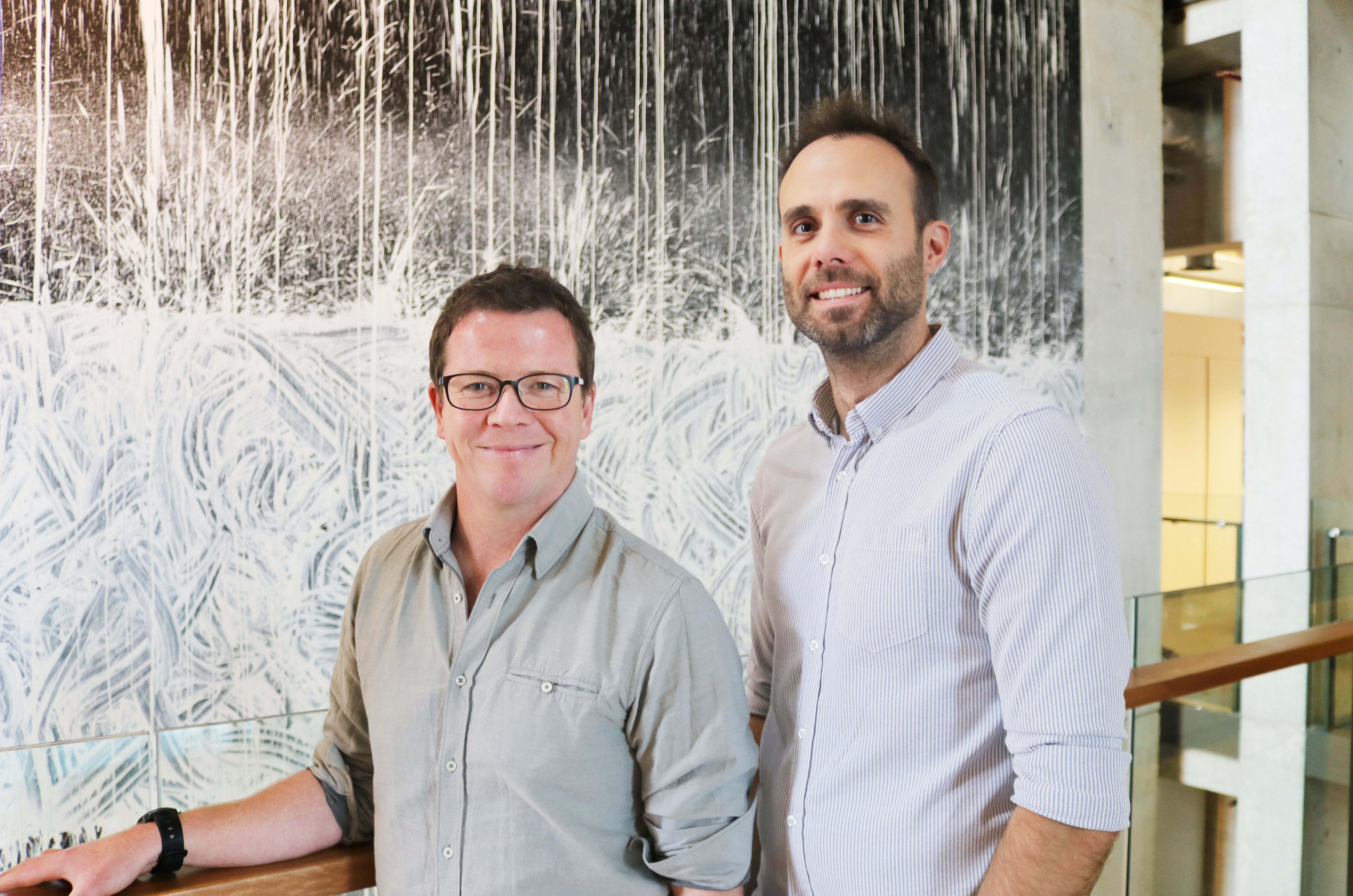 Pancreatic cancer cells typically have genetic mutations that cause them to grow rapidly. Some cancer cells also have mutations which trigger the cells to metastasize (spread) around the body. In this study, the researchers investigated the genetic differences between metastatic and non-metastatic tumours, and how they affect the matrix of tissue surrounding these tumours to facilitate the spread of the disease.

To do this they used two mouse models, one with metastatic cancer, and the other without in order to understand what causes this difference in their ability to spread. From these models, they isolated the cells that are key to forming the matrix which surrounds the tumours. These cells are known as Cancer Associated Fibroblasts (CAFs), and the matrix they produce is known to play a role in hindering the delivery of chemotherapy.

The next question to answer, was how could the CAFs promote the spread of cancer cells? The researchers used a technology called mass spectrometry and discovered several novel matrix molecules produced by the CAFs. One of these molecules, called perlecan, was found in very high concentrations in metastatic tumours, and therefore became a viable target for the researchers.

Gene-editing technology known as CRISPR was then used to reduce the amount of perlecan in the CAFs isolated from the metastatic cancer. The researchers found that lowering the levels of perlecan dramatically reduced the spread of the cancer cells and allowed chemotherapy to better reach the tumour.

“Pancreatic cancer is very aggressive, and by the time most cases are diagnosed, the tumour is often inoperable,” says Associate Professor Timpson. “What we’ve discovered in this study is a two-pronged approach for treating pancreatic cancer that we believe will improve the efficiency of chemotherapy and may help reduce tumour progression and spread.”

The research, published in the August edition of Nature Communications, shows promise for this debilitating disease. As most patients have the mutation that makes their tumours metastatic, there would be many great candidates for treatments relating to this research.

The team will continue their work by further researching perlecan and the other molecular targets made by the CAFs and are currently looking at partnerships to take this research forward.

To assist in the fight against pancreatic cancer even more, A. Prof. Timpson has included in the article a list of the other molecules found during their research. His hope is that his team and other researchers will have the time and means to investigate these molecules as other potential targets in the near future.

Being published in a scientific journal of this level creates more awareness for this otherwise unknown disease, which will only continue to bring more engagement and understanding of pancreatic cancer.

Since its release, the research has received great publicity. The paper has been accessed over 6000 times and already cited three times. A/Prof. Timpson has appeared on Channel 10 and the BBC, as well as in the Daily Herald, Cosmos and on numerous radio programs.

In addition to the media buzz, the researchers were also awarded Paper of the Month by The Matrix Biology Society of Australia and New Zealand (MBSANZ) and are currently shortlisted for Paper of the Year.

Although being published in Nature Communications is considered a distinguished effort in the research world, A/Prof. Timpson states that the prestige is not important. More important, is the opportunity to discover potential treatments in the fight against pancreatic cancer, which would not be possible without grant funding from foundations like the Avner Pancreatic Cancer Foundation.

The publication is both an accomplishment for pancreas cancer research, and for the researchers themselves. The Avner Pancreatic Cancer Foundation congratulates Associate Professor Timpson, Dr Cox and the rest of the team on their achievement and wish them luck in achieving MBSANZ Paper of the Year.

A/Prof. Timpson, head of the Invasion and Metastasis Laboratory of the Garvan Institute of Medical Research joined forces with Dr Thomas Cox, the leader of the Matrix and Metastasis Group of the same Institute in Darlinghurst, Sydney.