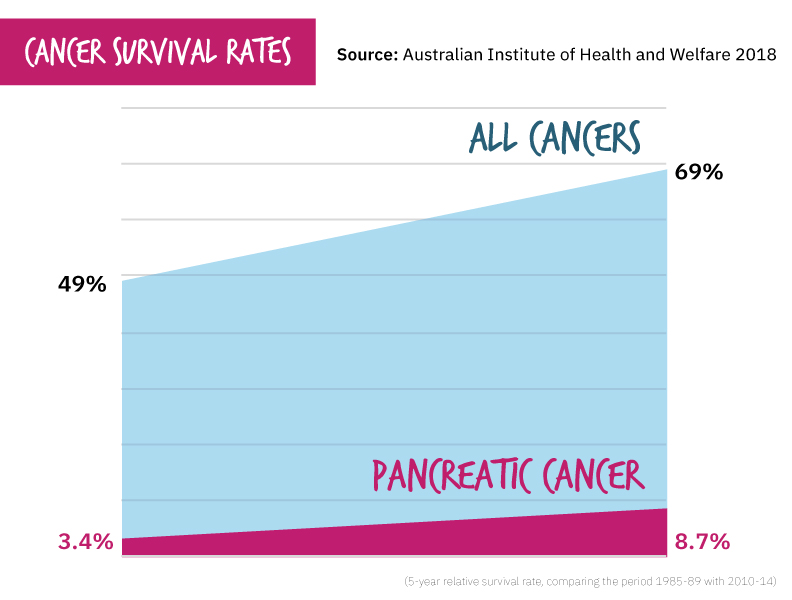 The big improvement in survival from all cancers combined is thanks to increased funding and research in treatment and diagnosis.

Decades of efforts from different groups rallying to tackle cancer is gradually being rewarded, and lives are being saved. While inspiring, it raises questions as to why similar improvements aren’t being seen for pancreatic cancer. 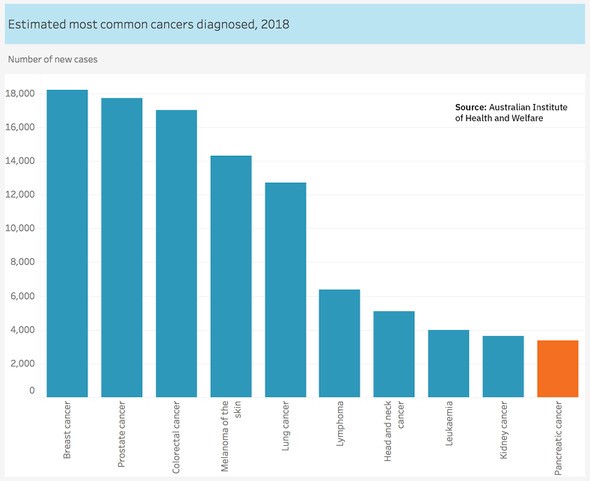 In 2016, it was the 5th leading cause of cancer death in Australia and is estimated to remain the same in 2018.

Campaigners for types of cancer where there has been increased awareness have much to be proud of in the revealing of these latest statistics, not to mention the brilliant researchers and clinicians behind the improved treatments.

It gives hope to the potential of improving outcomes for people with other types of cancer, like Pancreatic Cancer, where currently the prognosis isn’t as positive.

If there’s one thing we can take from the latest data, it’s that the investment really is worth it.

With increased funding, comes increased research and awareness, and early detection, treatment, and survival is possible.