Professor Minoti Apte, OAM from the University of NSW delivers her team's final report on a three-year project called Pathway to a Novel Treatment for Pancreatic Cancer – Targeting the Microenvironment 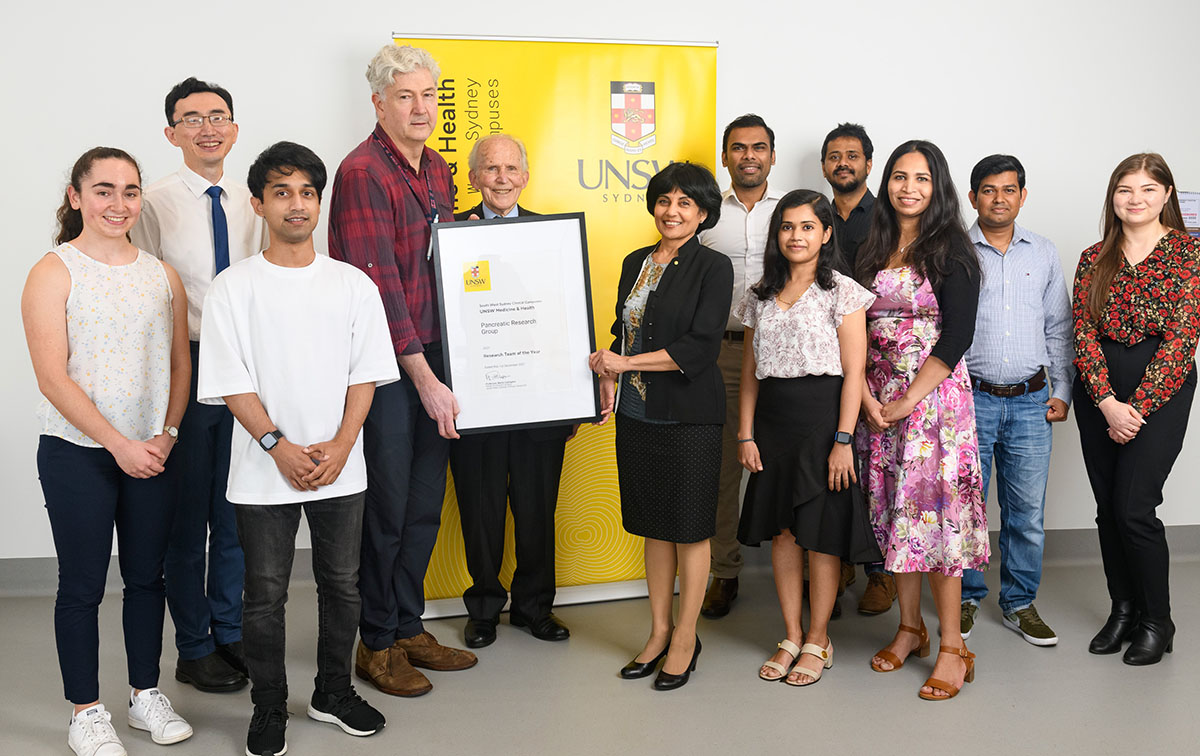 Current treatment strategies offer very limited benefit to pancreatic cancer patients. Only a minority of patients are diagnosed early enough to be able to undergo surgery. The majority are treated with anti-cancer drugs (chemotherapeutics). Although newer anti-cancer drugs have been developed, the survival advantage afforded by them is limited. Pancreatic cancer is characterised by an abundant amount of scar tissue that surrounds clusters of cancer cells. Our Group was the first to identify the specific cell type (called pancreatic stellate cells, PSCs) that produces this scar tissue. Since then, we and others have also shown that cancer cells can subvert surrounding normal cells such as PSCs and endothelial cells (blood vessel wall lining cells) to their own advantage enabling the cancer cells to grow and spread. In view of this, we postulated that it was no longer enough to merely target/kill cancer cells with chemotherapeutic agents, but that the communication between cancer cells and their surrounding cells also needed to be cut off in order to improve outcomes for patients.

Our project was aimed at using compounds to interrupt the cross-talk between cancer cells and PSCs and endothelial cells, in combination with a chemotherapeutic agent, to determine the effect of this approach on pancreatic cancer progression. To do this, we used several pre-clinical models involving the implantation of a mixture of human pancreatic cancer cells + human PSCs into the pancreas of mice. These models closely recapitulated clinical settings commonly encountered with patients, namely:

We have presented our findings at major international scientific conferences and have published this work in several major peer-reviewed journals in the field (Oncotarget, British Journal of Cancer, Cancers). Notably, we have now established a collaboration with an industry partner to translate our pre-clinical findings into early phase clinical trials in the coming year. This work would not have been possible without the generous support of donors which enabled Pankind to provide a grant for our project. We are indeed very grateful to the Pankind community and are excited and hopeful of seeing our work being able to be used for the benefit of pancreatic cancer patients. 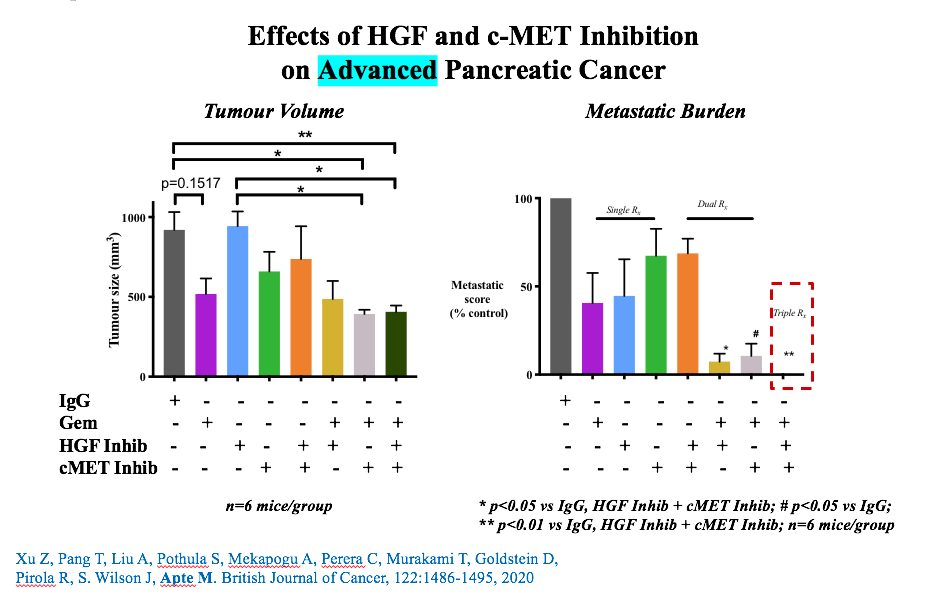