"It is my hope that enough research and funding will take place so we can stop this disease taking away our dear loved ones and tearing families apart. I love my mum" 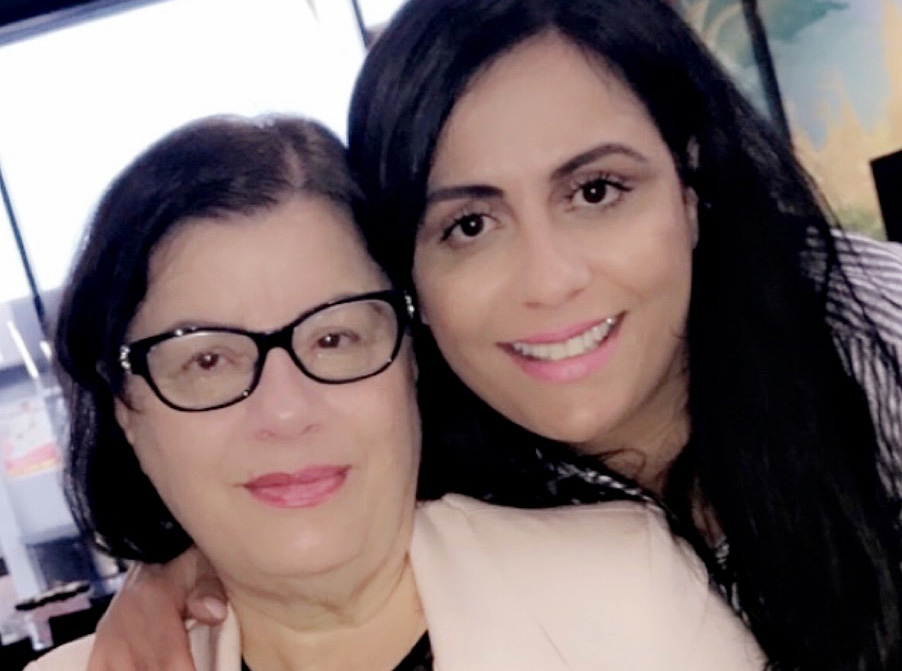 My name is Abi and this is my story of how my family has been confronted with this horrible disease of pancreatic cancer.


I’m a mother to three children and throughout my entire life, my mother has been my pillar of strength and loving support. Her name is Afaf, which means ‘pure’ and ‘virtuous’ in Arabic – and she truly epitomises that definition. So when I discovered that my dear mother was diagnosed with pancreatic cancer, with little hope of successful recovery, it crushed my heart and caused tremendous shock and pain. It was like my foundations collapsed from right underneath me and there was no one there to catch me. Perhaps that might sound cliché but it is the only true way to describe it.


My mother’s cancer journey began when in September 2019, when she complained of very severe back pain. An x-ray revealed that my mother had a fracture in her third thoracic vertebra. The family doctor just said that the fracture will heal on its own – and that was the end of that. However, my mother continued to suffer incredible pain. She looked pale and was losing weight. My mother insisted that she go and see her neurologist whom she has seen previously seen for a back operation a few years ago.


The neurologist looked at the X-rays and immediately requested for an MRI. This was because he noticed the area around the fracture appeared to have no signs of trauma. Indeed, my mother did not fall and was not in a car accident. This fracture appeared out of nowhere.


The MRI revealed that the fracture was caused by a cancerous tumour on the spine. It was the neurologist’s astute opinion that the tumour on the spine had metastasised from another tumour elsewhere in the body. He suspected the abdomen. Hence he then requested a CT scan to be done which my mother organised to do on her own. It turned out that my mother’s body was littered with cancerous tumours around the body – the lining of the stomach, the spleen, lungs, and of course, the pancreas.


Knowing how devastated I would be, my mother kept the results of the CT scan to herself. Indeed, throughout this entire journey, my mother put my feelings ahead of hers. She did not want anyone to worry. She kept a brave face.


The next step was for my mother to immediately commence cancer treatment at Liverpool Hospital. On the morning of November 26, my mother casually said to me that she just needed to go for another scan at the hospital. But something inside me prompted me to investigate the matter further so I rang the hospital.
I got through to the imaging department at Liverpool Hospital. The receptionist said there was no appointment for my mother at all and put me back through to the main switchboard. Once again, I gave them my mother’s details and they put me through to the relevant department. The next thing I heard was ‘Good morning Caner clinic, how can I help you?’ My heart sank. I went numb. To find out like this was awful.


I immediately called in sick at work and drove my mother to Liverpool Hospital. I remember being in the car with my mum in eerie silence – I was speechless. I did not know what to say. I thought my mum had one tumor – but all along she underplayed the seriousness of her disease.
When called upon by the doctor in the waiting room I remember racing into his office, leaving my mother trailing behind. I was holding back tears. The doctor asks my mum ‘how are you feeling?’ ‘I’m fine, but she’s not’, pointing at me. The doctor continued by explaining the diagnosis. It was pancreatic cancer and the tumour that was on the spine was a ticking time bomb. The tumour was pressing on her spinal cord which essentially could lead to permanent paralysis. Clapping his hands he said ‘we need to get her moving now with radiation!’


For the next five days, my mother received intense radiation at the cancer clinic in Revesby to shrink the tumour. We then consulted with the head of oncology at the clinic to speak about my mother’s prognosis and treatment plan. My mother’s type of pancreatic cancer was aggressive and the only option was chemotherapy. The doctor said the treatment would prolong her life for another 6 to 18 months if she was lucky. Basically, very little hope. No other treatment. The going survival rate for pancreatic cancer patients was a measly 2 to 9%.


I refused to accept such dismal statistics. I emailed different organisations to see if my mother could participate in upcoming medical trials. I also contacted a leading hospital in Melbourne as they can perform targeted chemotherapy. No one got back to me.


It was crushing to me because all other types of cancer, I had heard of, seemed to be progressing with their recovery success rates – but not pancreatic cancer. Why? I thought. It’s 2020. Why are there no screening tests? Why aren’t there ways in which to test for this cancer earlier? Why aren’t there better treatments? It was so frustrating and disheartening.


So, 7 months have passed and my family and I are blessed to still have my mother with us. There are many difficult days. She’s pale. Weak. Tired. In pain – she gets through the day on strong pain-killers like Endone and Targin. But we can still hold her and hug her.


It is my hope that enough research and funding will take place so we can stop this disease taking away our dear loved ones and tearing families apart. I love my mum. I am her only daughter. I would do anything for her but I can not cure her cancer. I want to support organisations such as the Avner Foundation that help loved ones find some hope if pancreatic cancer should strike.
You can support Abi here: https://makingadifference.gofundraise.com.au/page/Abi-93824885